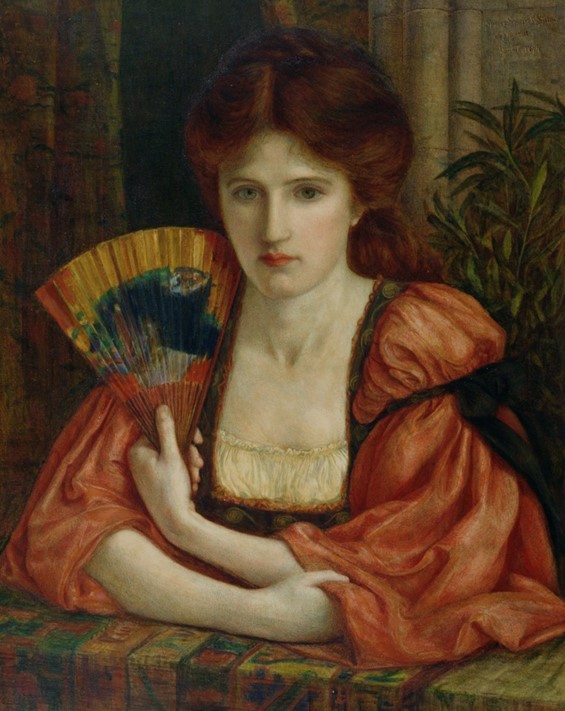 Imagine a gender equal world. A world free of bias, stereotypes, and discrimination. A world that’s diverse, equitable, and inclusive. A world where difference is valued and celebrated. Today, the 8th of March, many countries around the world celebrate International Women’s Day, a day when women are recognized for their achievements without regard to divisions, whether national, ethnic, linguistic, cultural, economic, or political. The United Nations page on Women’s Day reminds us how… the growing international women’s movement, which has been strengthened by four global United Nations women’s conferences, has helped make the commemoration a rallying point to build support for women’s rights and participation in the political and economic arenas.  A BLOG POST on Marie Euphrosyne Spartali-Stillman, a Pre-Raphaelite artist par excellence, will be my humble contribution to the importance of the day. https://www.internationalwomensday.com/ and https://www.un.org/en/observances/womens-day/background

Marie Euphrosyne Spartali-Stillman was a Grecian beauty! She was statuesque, nearly 1.90 m in height, with big, dark eyes and long, thick brown hair. Along with her sister Christina, the daughters of Michael Spartali, a wealthy Greek-born businessman and Consul-General of Greece in London, the Spartali girls frequented London’s artistic and literary salons of the 1860s creating a stir. The artist Thomas Armstrong, for example, met the two young women at a Sunday get-together at their parents’ house in 1863 and recalled, “We were all à genoux before them, and of course every one of us burned with a desire to try to paint them.” The poet Algernon Charles Swinburne seeing Marie wearing a white dress with blue ribbon sashes was short of words but quite emotional, writing… “She (Marie) is so beautiful that I want to sit down and cry.” Along with her cousins, Maria Zambaco and Aglaia Coronio were known collectively among friends as “the Three Graces”, after the Charites of Greek mythology (Aglaia, Euphrosyne, and Thalia), as all three were noted beauties of Greek heritage. https://www.artandantiquesmag.com/stillman-paintings/ and https://www.facebook.com/female.artists.in.history/photos/marie-spartali-stillman-british-painter-1844-1927portrait-of-a-young-woman-1868w/1870113673273513/

Thus… she became the muse and the model to several important artists of the time, particularly artists of the Pre-Raphaelite movement, enchanting them with her elegant stature and classical feature! Her beauty, however, was not easy to capture! Dante Gabriel Rossetti loved her to pose for him but on a letter addressed to Jane Morris, dated  August 14, 1867, he wrote… “I find her head the most difficult I ever drew. It depends not so much on real form as on a subtle charm of life which one cannot recreate.” https://www.facebook.com/female.artists.in.history/photos/marie-spartali-stillman-british-painter-1844-1927portrait-of-a-young-woman-1868w/1870113673273513/

The young woman was artistic and an intellectual. Starting in 1864, and for several years, she became the student of artist Ford Madox Brown. Once more, in a letter addressed to Brown, Rossetti writes “I just hear Miss Spartali is to be your pupil. I hear too that she is one and the same with a marvelous beauty of whom I have heard much talk. So box her up and don’t let fellows see her, as I mean to have first shy at her in the way of sitting.” https://byronsmuse.wordpress.com/2015/02/14/marie-spartali-stillman-a-grecian-muse/

In 1871, against her parents’ wishes, she married American journalist, diplomat, author, historian, photographer, and trained artist William J. Stillman (1828 – 1901). A captivating personality, Stillman served as a war correspondent in Crete and the Balkans, a United States consul in Rome, and afterward in Crete, during the Cretan insurrection. He is known for training the young Arthur Evans as a war correspondent in the Balkans, remaining a lifelong friend and confidant. He is also known for considering taking over the excavation at Knossos from Minos Kalokairinos! The couple, along with their children, lived an exciting life between England, Italy, and the United States, Marie being at the time, the only Pre-Raphaelite artist to work and exhibit in the United States. https://digitalcollections.union.edu/s/home/page/william-james-stillman-collection

According to Margaretta Frederick, curator of the major monographic exhibition, “Poetry in Beauty: The Pre-Raphaelite Art of Marie Spartali Stillman,” (November 7, 2015–January 31, 2016, at the Delaware Museum of Art) Marie  “…abhorred publicity and never wanted to put herself forward, because she was suspicious of critics and publicity.” She was also a victim of the Victorian mentality, further wrote Margaretta Frederick, that dictated that a woman should not compete with men, or at least not appear to do so… explaining that even Spartali Stillman’s choice of medium—watercolor—was guided by this code of conduct: “In a middle- to upper-middle-class family, women painted in watercolor. So she was fixated on this medium that allowed her to situate herself next to the men and compete on their level without transgressing too many social barriers.” https://www.artandantiquesmag.com/stillman-paintings/

Marie might have abhorred publicity, but she did not labor in obscurity. She exhibited at the Royal Academy starting in 1870 and had dealers selling her work on both sides of the Atlantic. Influenced by the Pre-Raphaelite movement and the Italian Renaissance, she is known for creating over one hundred paintings of dreamy medievalism, plenty of Dante-and-Boccaccio scenes, and Portraits of unusual psychological acuteness. Her style, free, and painterly, is an integral link in the chain of Victorian Aestheticism. https://www.artandantiquesmag.com/stillman-paintings/

For a PowerPoint of artwork by Marie Spartali Stillman at the Delaware Art Gallery in the USA, please… Check HERE!