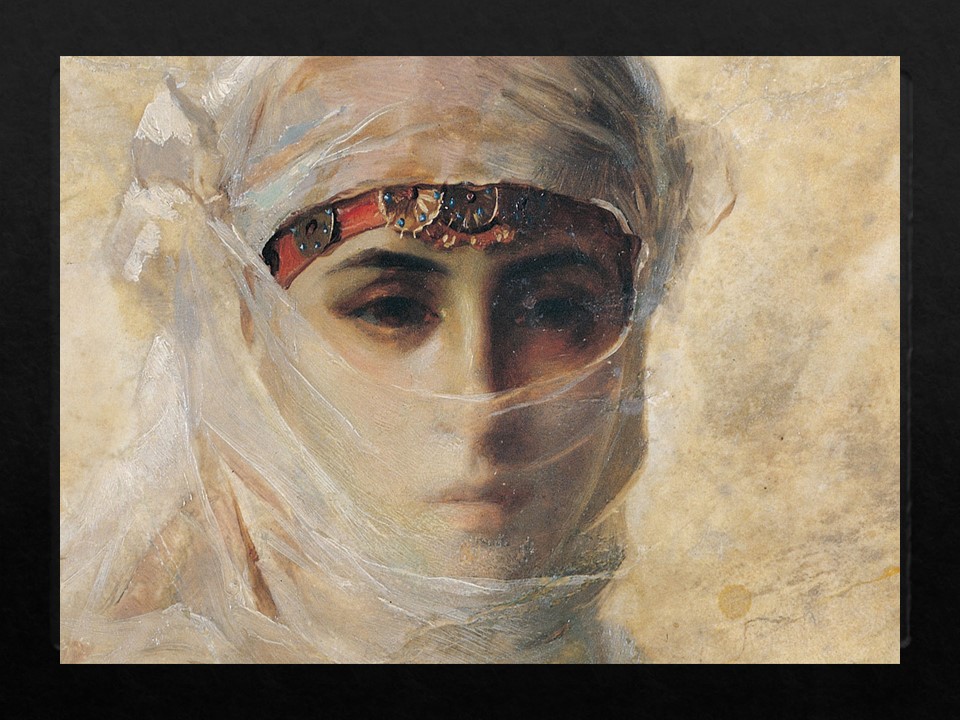 “Art is ANYTHING you can get away with” Andy Warhol once said… How true is he when we consider the artistic oeuvre of Theodoros Ralli and his amazing Orientalism! A wealthy Greek ex-patriate artist, living between the West, mostly in Paris, and the East, Cairo during the cold month of winter, Theodoros Ralli is a true cosmopolitan of the late 19th century Gilded Age.

“A perfect Parisian type, wearing a beret à la Hermonville and a light brown vest with gold trim buttoned to the neck, still very youthful and of an open, jovial character, Mr. Ralli is a delightful conversationalist and very gallant.”

Not just so… Theodoros Ralli, born in Constantinople, at the crossroads of East and West, the mythical capital of the Byzantine Empire and the alluring EAST, was destined to become the most representative of the Greek, Orientalist painters. He was “the offspring of a wealthy family from the island of Chios, active in commerce in England and around the world.” Theodoros Ralli had no financial problems to pursue, unobstructed, his passion for the Arts. The photographs of his Parisian Studio that still survive today preserve his appearance and way of living. Documents of the period present him as a personality, and discuss “his courtesy, gentility, humour, patience, tenacity, smoking habit, love of Wagnerian opera, a weakness for watercolourists, aversion to long-term relationships, industriousness and his love for the fair sex, in Parisian Studios he had the nickname of Don Juan.”  All documents “reinforce the picture of a man who despite his genteel and fragile appearance, disposed of enormous psychic reserves, had an iron will and the perseverance to become what he had dreamed of becoming: a painter.”

Theodoros Ralli studied painting under the academic teacher and Orientalist painter Jean-Leon Gerome until approximately 1880, sharing his teacher’s aversion towards Impressionism and the avant-garde movements of the later 19th century. He exhibited, uninterruptedly, in the official French Salons, the World Exhibitions of Paris, as well as many other exhibitions both inside and outside France, winning medals and establishing international recognition. He travelled extensively to Greece and many Middle Eastern countries, drawing inspiration for his paintings. He kept two Studios, one in Paris and another in Cairo, where he kept warm and stimulated during wintertime.

Orientalism in later 19th century Art is a tantalizing, multi-faceted, genre much loved by Europeans of the time. We can trace it back to the merchants of the Silk Road, the few adventurous Northern European travellers of the “Grand Tour,” or the Venetian Renaissance fiestas painted by Veronese, the Dutch Curiosity Cabinets, Rococo eroticism or to the many Odalisques that inspired both Ingres and Delacroix. Then we have to consider Napoleon, his Egyptian Campaign of 1798-1801, and the gradual European desire for… political involvement and colonialism. Whatever the cause of European curiosity and pathos for the East, it lingered for a long time, inspiring and creating great works of art. https://www.metmuseum.org/toah/hd/euor/hd_euor.htm    and    https://www.artuk.org/discover/stories/inspired-by-the-east-thoughts-about-orientalism

For a Student Activity on Orientalism inspired by Theodoros Ralli, please… Click HERE!

Written both in Greek and English, this is a valuable source of information for the Artist: Theodoros Ralli, Looking East – The catalogue was first published on the occasion of the exhibition “Theodoros Ralli. Looking East” Benaki Museum, Museum of Islamic Art, 11th December 2014 – 22nd February 2015 https://www.benaki.org/images/publications/pdf/rallis.pdf